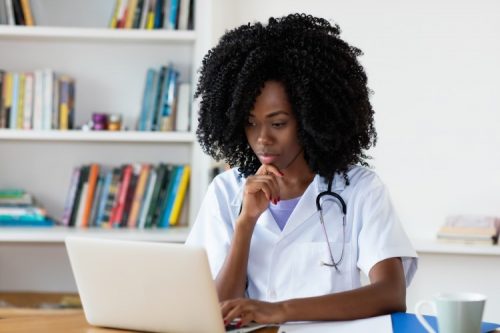 Translating difficult-to-understand medical terms in a way that patients can digest and appreciate can be challenging. “Even as we focus on being as clear as we can be, we can’t know how other healthcare providers explained things and how those explanations may differ from our own way of explaining and educating,” Ann J. Brady, MSN, RN-BC, CHPN, explains in Oncology Nurse Advisor. “In other words (pun intended), the language of medicine is itself confusing. All of which makes patient communication a challenge.”

The challenge that Brady describes is very real in our current healthcare environment. Doctors and practitioners have a responsibility to inform patients as much as they possibly can, but much can be lost in translation due to the field’s complex terminology. By breaking down certain terms too simply, patients may misunderstand their affliction or its scope and severity.

This struggle highlights the benefit and importance of understanding the medical terminology list. Not all of these terms are easy to remember, which is why this medical terminology study guide can help patients, students and professionals in their health education efforts.

Sources: GlobalRph, Medical Terminology: A Thru Z Mayo Clinic, “Paleo Diet: What Is It and Why Is It So Popular?” Mayo Clinic, Toxoplasmosis MedlinePlus, Histiocytosis Verywell Health, “Blast Cells and Myeloblasts Overview”

Here is a list of suffixes that are frequently used in medical terminology. You may find medical professionals using these suffixes at hospitals and clinics. They may also be used in day-to-day interactions with friends who are describing their current health conditions. Learning these suffixes can lead to a greater understanding and appreciation of ailments, afflictions, and treatments.

Just as with suffixes, knowing different medical prefixes—including their meaning and how they can be used—can lead to a deeper understanding and appreciation of health and medicine. The following prefixes are found in medical terms that are used frequently in health settings or even in day-to-day life.

Medscape. Medscape is an online resource for physicians looking to find helpful content ranging from the latest health news to more specific information about conditions and developments.

Prognosis. Prognosis: Your Diagnosis is a mobile app that can help physicians discover information, make evaluations based on simulations and learn from other medical experts.

Medical Dictionary by Farlex. This app provides smartphone users with helpful visuals and thousands of definitions for key medical terms.