Understanding the Pros and Cons of Genetic Testing 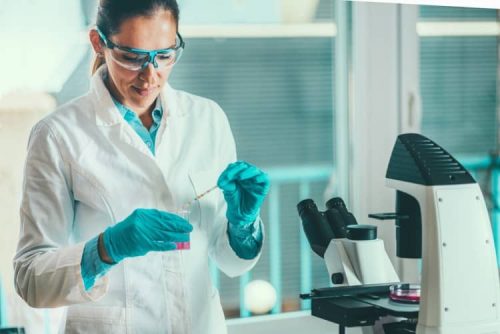 In recent years, the field of genetic testing has risen in both prominence and popularity. Through advances in research, science and medical technology, physicians now offer robust genetic screenings to their patients.

These screenings can accomplish a variety of things, including helping patients discern their risk for certain diseases and assisting expectant mothers in monitoring the health of their babies.

Meanwhile, commercial testing services such as 23andMe enable customers to trace their genetic origins and learn more about their family history.

As these tests gain in popularity however, it is important to understand some of the broader conversations that surround them, including potential ethical complications. The pros and cons of genetic testing warrant a closer look.

What Is Genetic Testing?

All human beings have unique sequences of DNA, a chemical database that provides instructions for how the body functions. Genetic testing involves analysis of this DNA, which can reveal any mutations (changes to that chemical database) that may suggest a higher risk of illness, deformity or disease.

The gathering of genetic material for testing is typically accomplished through:

While most genetic testing is conducted in a hospital or other medical practice, services such as 23andMe allow participants to collect their own cheek swabs and mail them in for testing.

There are a number of applications for genetic testing, including prenatal testing. Pregnant women may have their baby’s DNA analyzed for abnormalities, allowing for early detection of conditions such as Down Syndrome. Prenatal testing is done either by looking for blood markers or through amniocentesis. While the latter is more precise, it also entails some risk to the baby. These tests are optional, though physicians may recommend them in cases where risk factors, such as advanced maternal age, are evident.

It is worth noting that all 50 states require basic genetic screening for newborn babies, which allows providers to evaluate for conditions such as sickle cell disease or hypothyroidism. Through early detection, treatment can commence as quickly as possible. Newborn screening is the most common form of genetic testing in the United States. These tests involve a simple “heel prick” to obtain a blood sample, and don’t offer any risk to the baby.

For those interested in learning more about genetic testing and pregnancy, some resources include:

Genetic testing is also helpful in the treatment of different diseases. For example, the field known as pharmacogenetics helps doctors evaluate a patient’s DNA to assess which medication or clinical intervention will have the greatest effect and the lowest risk. This is an important method where medical treatment is highly personalized to the patient.

Sometimes, genetic testing reveals a medical complication “accidentally.” A Science News article highlights a woman who used a genetic testing service to learn more about her family history. The testing revealed an amino acid in her DNA that put her at high risk for breast cancer. This prompted her to see her doctor, who spotted a small indication of cancer and immediately started treatment.

Some additional resources regarding genetic testing and disease treatment include:

Genetic testing can also be used to trace family history or learn more about ethnic background. This is called genetic ancestry testing. According to Genetics Home Reference, this “is a way for people interested in family history (genealogy) to go beyond what they can learn from relatives or from historical documentation.”

More specifically, this testing examines DNA variations to provide indications of where a person’s ancestors came from and how different family lines intermingled in past generations. Such testing  provides a precise indication of a person’s ethnic composition; e.g., it can tell you that you’re 50% Irish, 20% German, etc.

Ancestry tests are taken either in a medical practice or at home; the latter is an incredibly popular option. As of 2019, more than 26 million people had taken home ancestry tests, according to a report from MIT Technology Review.

To learn more about genetic testing and its use in identifying heritage, consider these sources:

Genetic testing also plays an important role in food and agriculture. Through DNA evaluation of different strands of plant life, agriculturalists can determine which seeds will produce the healthiest yields. Genetic testing helps produce crops that are maximally resistant to disease, pests and the effects of the climate. The result is more efficient planting for farmers, along with better quality food for consumers.

Similarly, genetic testing is used in selective animal breeding, which enables farmers to produce the healthiest and most resilient livestock.

Additional information about genetic testing and its use in agriculture can be found here:

There are important connections between genetic testing and health informatics; though these connections are still being fleshed out and explored, they have already yielded some significant resources to improve the effectiveness of preventative medical care.

For example, the National Human Genome Research Institute has invested heavily in projects that allow the results of genetic testing to be included in electronic health records (EHRs), so that they can be more widely available in clinical research programs. The goal is to create widespread access to genetic testing trends and data points, allowing medical professionals to identify clear links between genetic markers and certain medical conditions or medication reactions.

Through health informatics applications like this, physicians will be able to conduct some general genetic testing on patients, then cross-reference the results with clinical data that helps determine if a patient is in a high-risk group for potential diseases. This, in turn, will allow physicians to take preventive measures and help their patients minimize risks.

For additional insight into this field, consider these resources:

Genetic testing’s rise in popularity is easy to understand: It’s a field that offers numerous benefits to doctors and patients, to farmers, and to individuals who desire more information about their family origins.

From the standpoint of personal health, genetic testing can facilitate early detection of diseases and other medical risks, allowing for prompt and proactive treatment. Sometimes, even a routine genetic ancestry test can reveal underlying health risks that doctors might not otherwise detect, as we saw in the example of the woman who found she was in the early stages of breast cancer. Genetic testing doesn’t necessarily identify a specific disease but may identify risk factors that call for additional, targeted testing.

Some of the specific diseases that can be identified via genetic testing include:

Genetic testing can be life-saving for patients, and it also empowers medical providers to better focus their treatment efforts. For example, if genetic testing reveals a patient to have an inherited risk of obesity, their medical provider might make pre-emptive recommendations on diet and nutrition, or counsel vigilance concerning certain risk factors.

Also note that by detecting high-risk categories in babies, prenatal providers are able to better plan for the pediatric care the child will need at birth. Sometimes, life-saving interventions can be initiated while the baby is still in the womb.

Some additional resources on this topic include:

Genetic testing also helps individuals trace their family lines, not just to learn more about their own ancestry and heritage, but to identify and forge new relationships with relatives.

“For biological parents, particularly those who gave children up for adoption, reunification often relieves guilt, uncertainty and what can be deep scars over the decision,” the APA writes. Meanwhile, “Biological siblings and half-siblings often forge bonds that are relatively uncomplicated by the baggage that can dog biological parents and offspring.”

For additional insight regarding genetic testing and family history, consider:

Selective Breeding in Plants and Animals

Some examples of how selective breeding helps farmers (and end consumers) include:

Ethical concerns fall along several lines. One is that it may impede on individual personal freedom. As an example, the World Health Organization (WHO) reports that some communities require couples to undergo certain kinds of genetic testing either before marriage or before having a child together. If testing reveals a baby with health risks or abnormalities, the mother may feel familial or societal pressure to terminate the pregnancy when this may not be what she truly wants. Conversely, genetic testing may compel a mother to terminate the pregnancy, causing tension within a family or a community.

There are also complicated issues for physicians. For example, what if genetic testing reveals an individual who is at acute medical risk and requires immediate treatment, yet that individual does not have the insurance or the funds to pay for the best treatment? Providers may find themselves caught between advocating for the physical well-being of their patients and acknowledging disparate access to medical resources.

More information about the ethics of genetic testing can be found here:

Generally, genetic tests have very little physical risk. Blood tests and cheek swabs have virtually no risk whatsoever. An exception is amniocentesis, which can increase the risk of a miscarriage. This risk is higher for testing that is done earlier in the pregnancy; after 15 weeks, the risk is less than 1%.

There are also concerns over the psychological and emotional risks of genetic testing. Science Daily reports that there is not yet research to confirm these risks. With that said, anecdotal evidence shows that many pregnant women say genetic testing increases their anxiety about giving birth, particularly when the findings are not entirely positive. Genetic findings can also lead to increased anxiety even after children are born, as possible unseen health complications loom.

Legal issues that surround genetic testing tend to focus on the potential for discrimination.

Genetic testing can predict the risk of disease or illness, which can be an asset to patients and their caregivers; yet, it can also be misused. The World Health Organization writes: “Employers and insurance companies have been known to deny individuals essential healthcare or employment based on knowledge of genetic disposition. This type of discrimination can be socially debilitating and have severe socio-economic consequences.” Because of this, genetic testing should always be done with confidentiality as a top priority.

To learn more, check out these resources:

Weighing the pros and cons of genetic testing means considering important ethical, legal, and medical issues. Few would question that genetic testing has helped save lives and treat illness, yet these positive outcomes do not come without some related concerns. A careful study of genetic testing and its various applications will reveal a complicated web of issues, one in which nuanced thinking is a must.

Learn More About Curriculum
Learn More
X
X
Get Program Details
This will only take a moment.