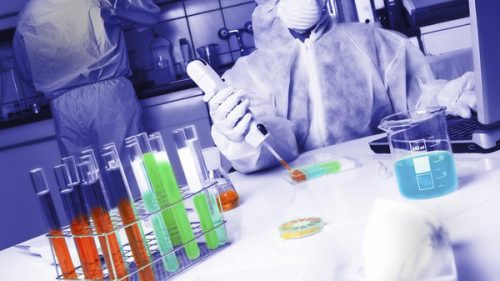 For decades, the United States has been the global leader in health technology development, with a market size of roughly $120 billion. While the U.S. continues to reign in biotechnology, several countries are adopting new policies aimed at aggressively expanded their reach in healthcare technology. According to metrics in the internationally recognized Biotech Industry Organization’s Bio Innovation Scorecard, these four countries are poised to significantly grow their health technology development sector.

The UK is pouring research and development dollars into the biotech industry, hoping to grow the public-private partnerships that drive innovation. In fact, the UK has committed £150 million to develop healthcare technology. It’s backing up its financial support with policy changes to further encourage development; lawmakers recently passed legislation providing significant tax credits for research and development in biotech companies. In addition, the University College London has partnered with four British hospitals to create a £2 billion biomed research fund, the largest in the EU.

With the second largest concentration of biotech companies in the world, Canada is raking in global investment dollars to boost development of its robust health tech sector. Canada has a forward-thinking and well-articulated plan to grow its biotech industry; the Canada Biotechnology Strategy provides a framework to coordinate public and private partnerships in R&D.

Canada is also on the forefront of emerging health technologies such as stem cell research and nanotechnology. Canada boasts one of the lowest rates of “brain drain,” retaining most of the best and brightest scientists in the healthcare sector. Canada’s health technology industry has a market size of roughly $90 billion.

China is investing the equivalent of $140 billion in reforming its health and biotech sectors. Currently the third largest global market for pharmaceuticals, it’s expecting an annual growth rate of 30 percent, prompting huge investments in R&D and manufacturing. BGI Shenzen, the country’s largest biotech firm, recently acquired the US firm Complete Genomics, making it the world’s leader in gene sequencing and human genomics. China is poised to become one of the major players in pharmaceutical research and development. Government policies favoring development combined with massive investments in health technology make China an emerging leader in this sector.

Bold government initiatives have encouraged India’s amazing growth in health technology. The country is now home to over 400 biotechnology firms, representing 300 percent growth over the past five years. Major international companies, including Bristol-Myers Squibb and Cancer Genetics Inc., have dramatically ramped up investment in India’s health technology companies, making the sector ripe for explosive growth. New investment partners have also helped reverse India’s significant brain drain. The government expects the size of the technology market in India to top $73 billion by 2020, a breathtaking increase from its current $4 billion.

While the U.S. will likely remain in the driver’s seat in health technology for the near future, these four countries are pursuing smart government policies and expanding investments to help position them as leaders in the biotechnology sector.

The job market post-graduation for HIM careers

7 leadership qualities developed in an HIM program