The Role of Data in Population Health 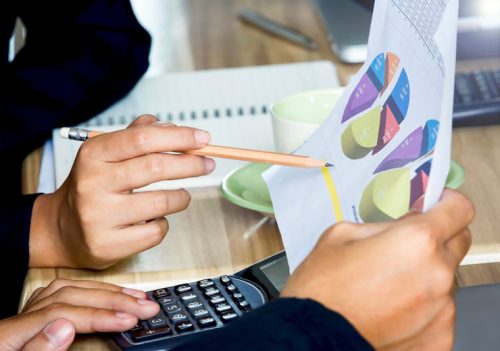 Population health, the interdisciplinary field focused on the analysis of health outcomes of large groups of people, is becoming a more common and increasingly effective way of combating medical problems on a vast scale. In the United States, the use of population health data is becoming an effective and increasingly utilized tool in efforts to treat widespread health problems such as diabetes and heart disease. Population health data has also played an important role in the design and implementation of community-wide health initiatives implemented to promote good health practices, discourage drug and alcohol abuse, and promote safe sex behaviors. As the influence of population health and data analytics grows, health informatics – and the professionals who specialize in fields related to health data – have begun to play an increasingly important role.

Population health data is broadly defined as information related to the health outcomes of specific groups of people, namely nations, communities, or ethnic groups. While the concept of population-wide health surveys is not new, advancements in information technology and data interpretation have breathed new life into a data set once considered too unwieldy to make accurate use of.

As the fledgling population health discipline continues to grow in scope and influence, so too are the breadth of populations with which specific health data can encompass. While population health data always includes large sets of people or patients, the particular scope of what defines a “population” in health care terms is ever-evolving.

Population health data can include groups such as employees, individuals with a specific disease, students of a particular city or campus, military veterans, disabled persons and prisoners, just to name a few. Populations have also been delineated on lines of race, gender, income, and education. Determinants of population health data may also not be exclusive to specific groups, but also to physical environments that include a wide range of people, such as medical care systems, and social, physical, biological and geographic environments. In fact, global research dedicated to the health impact of issues such as climate change often has close ties to the arena of population health.

Claims data can include patient demographics, diagnosis codes, dates of specific care, and cost parameters. The main value of claims data is its assistance in helping health informatics professionals act as a basis for healthcare professionals to better gauge who they are treating, which major health issues they are facing, and what and how these specific groups are paying for treatment.

Socioeconomic data is also a rich resource for population health professionals. Environmental, social and communal factors can play a key role in the development of health management programs that address the specific spectrum of needs for a certain group, whether delineated by age, income, education or employment status. Socioeconomic data also allows health informatics professionals to consider incidents of interpersonal violence, type and frequency of illegal drug use, and economic disparities at the state, county, and city levels.

Another realm of key socially-rooted data for health informatics professionals is prescription medication data. This type of information allows healthcare professionals and policy makers to determine how patients are managing chronic health problems and diseases, a realm of health data also commonly referred to as medication adherence.

While the sources and kinds of population data are plentiful, plenty of debate remains among healthcare providers, government and non-governmental organizations, and healthcare related companies as to how such data should be utilized effectively in the public sphere without disrupting patient confidentiality. Similarly, data related to private companies and medical insurance providers is often proprietary, which has led to high-level discussions among population health data stakeholders by the global bodies such as the World Health Organization.

The healthcare industry is still in the beginning stages of developing infrastructure, IT tools, computer programs and strategic methods that can bring together the disparate types data available to them in a reliable and consistent basis. As such, companies and organizations dedicated to collecting, storing, scoring, protecting and targeting interventions based on population health data are among the most rapidly growing in the healthcare industry.

Graduates of the University of Illinois at Chicago’s Master of Science in Health Informatics Program may be prepared to undertake a variety of newly-emerging management and executive-level roles related to population health data. In fact, the rapid advancement of population health data initiatives among both clinical practices and large health organizations has even lead to the creation of entirely new positions, among them roles such as Chief Integration Officer, Chief Population Health Officer and Chief Innovation Officer.

As with all ventures inclusive of large populations of people, there are also expected to be continued growth in sectors that lay at the intersection of medical care and government, such as public health policy, health educators and those developing and implementing strategies to improve the health of individuals and communities at a grassroots organizational level.